Arsenal have launched a £5.9m [€7m] bid for Benfica star Alex Grimaldo as Mikel Arteta looks to bring in another left-back this summer, according to reports 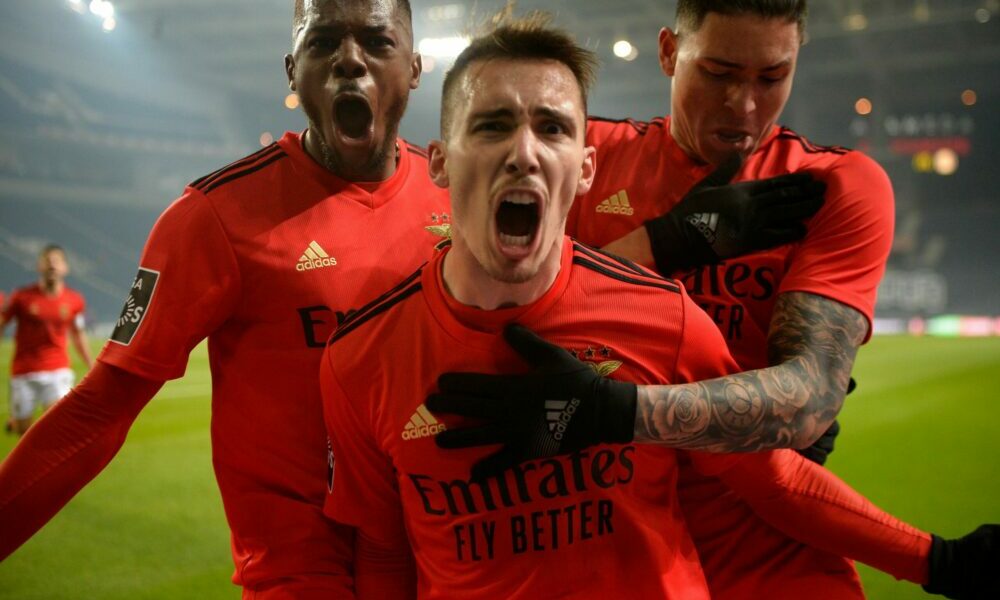 Arsenal have launched a £5.9m [€7m] bid for Benfica star Alex Grimaldo as Mikel Arteta looks to bring in another left-back this summer, according to reports via the Express.

Arteta is in the market for another full-back to support Kieran Tierney as the Scottish International has been plagued by injury problems since joining Arsenal from Celtic in 2019.

Nuno Tavares acted as deputy last season but the 22-year-old struggled at times and had to be hauled off before half-time on two occasions. Tavares is being linked with a loan move this summer so Arteta is looking for a replacement.

Arsenal have been strongly linked with Lisandro Martinez but face stiff competition from Manchester United. Oleksandr Zinchenko and Aaron Hickey have also been touted as targets in recent weeks but Grimaldo has now emerged as a serious alternative.

The Gunners have reportedly been keeping an eye on the Benfica ace and it appears they’ve now formalised their interest as the Express are citing a report from A Bola that claims Arsenal have tabled a £5.9m [€7m] bid.

The report says negotiations over a potential deal are on-going but it remains to be seen how Benfica will respond to the offer. Grimaldo has been one of their key players since arriving from Barcelona in 2016 so they’ll be reluctant to lose him.

However, Grimaldo has just 12 months left on his current contract so Benfica may be forced to cash-in this summer and sell him on the cheap rather than risk losing him for nothing next year.

The 26-year-old has amassed almost 250 appearances over the past six years and contributed 5 goals and 5 assists in his 28 league games last season, making him one of the most productive left-backs in Europe.

We’ll have to wait and see how things develop over the coming days but Grimaldo could be a solid back-up for Tierney if Arsenal could get a deal agreed.

At just £5.9m, it would also allow Arteta to save funds to strengthen other areas of his squad with the Spaniard reportedly also in the market for a midfielder and attacker.