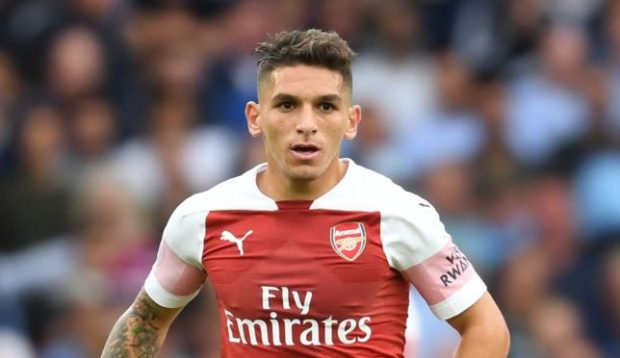 Roma have been in contact with Arsenal over a possible move for midfielder Lucas Torreira, Calciomercato.it report.

The Uruguay international has spent the previous two seasons away on loan with Atletico and Fiorentina, and he is now expected to be sold, having entered the final year of his contract.

Fiorentina decided against taking up the option to buy this summer, but he could still return to the Italian top-flight. According to Calciomercato, Roma made ‘new contacts’ for him yesterday.

The Giallorossi were keen to ‘understand the feasibility of the operation’. Arsenal are yet to receive an official bid, but they are prepared to sell him for close to €10 million (£8.5m).

Torreira recently travelled with Arsenal for their pre-season tour of the United States. He was an unused substitute against Everton before returning to Italy for personal reasons.

This suggests that Torreira could be eyeing another club in the Serie A. That could be the Giallorossi, considering Torreira recently confirmed talks with manager Jose Mourinho.

Arsenal have done business with Roma in the past with loan deals for Henrikh Mkhitaryan and Ainsley Maitland-Niles. The former had been a key player for them for two years.

The Gunners are unlikely to accept a similar loan proposal for Torreira unless the midfielder is prepared to extend his stay for another year, which seems highly unlikely at the moment.

Manager Mikel Arteta recently made it clear that there are several players that could make way this summer. The club may prefer to offload Torreira on a permanent basis this time around.

Arsenal have been busy this summer with the signings of Marquinhos, Fabio Vieira, Matt Turner, Gabriel Jesus and Oleksandr Zinchenko, whose arrival was only recently announced.

There could be plans for more incomings, but before that, the hierarchy may give priority to outgoings. Arsenal would not keep their deadwood until late August where they may struggle to find buyers.