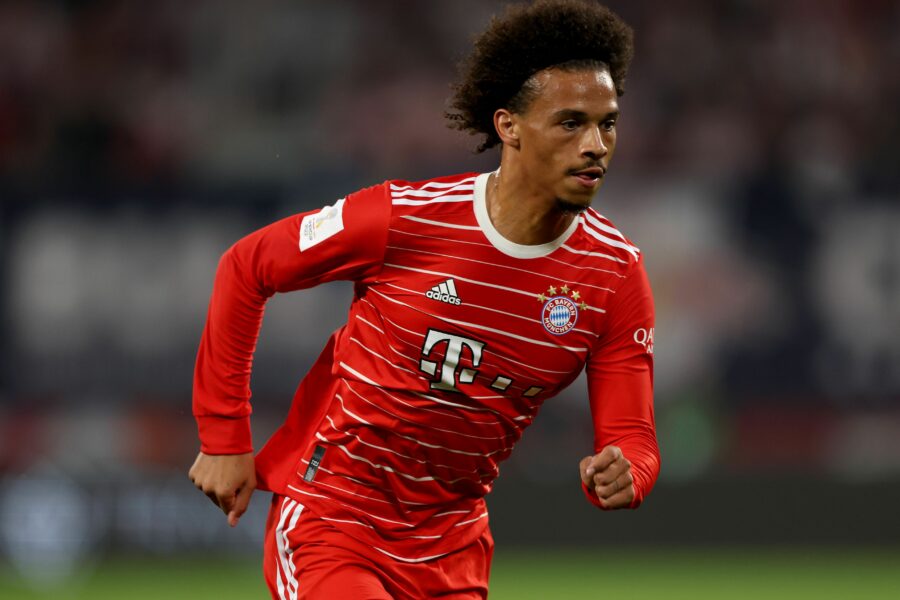 Manchester United have made an approach for Bayern Munich forward Leroy Sane amid their struggles to sign Antony this summer, The Mirror report.

The Red Devils have been regularly linked with Ajax winger Antony, but a deal seems improbable at the moment with the Dutch outfit eyeing £84 million for his services.

This could urge United to look into alternative targets and according to The Mirror, they are reported to have made a surprise enquiry to sign former Manchester City star Sane.

The outlet claims that Sane could head for the exit door following Bayern’s purchase of Sadio Mane. The arrival of the Senegal international has raised questions over his playing time.

Bayern have played two games this season and Sane has made a cameo off the bench in both. Sadio Mane, Serge Gnabry, Jamal Musiala and Thomas Muller have been the front four.

The German champions also have Kingsley Coman for competition, and this could urge Sane to consider a possible move away from the club before the summer transfer deadline.

United could be a lucrative option for him if Champions League football is not a priority. The Red Devils have the financial power to meet or even better his £280,000-a-week salary.

Meanwhile, he would also have an assured starting role out wide. With Jadon Sancho in sparkling form from the right wing during pre-season, Sane could feature on the other flank.

He would provide the club with plenty of goals and assists. He made 29 goal contributions for Bayern last campaign, and should be able to replicate the showing with his Premier League experience.

Sane should adapt quickly to the intensity of English football after his four-year stint at Manchester City. He was one of their leading stars, but snubbed a new deal to move to Bayern.

His time with Bayern has not quite gone as planned. He joined the club to become a leader of their attack, but has never got the chance to establish himself, being in-and-out of the XI.