This is our match preview ahead of Liverpool’s Premier League clash with Bournemouth at Anfield including team news, line-ups and prediction

Liverpool will be looking to get back to winning ways when they take on Bournemouth at Anfield on Saturday lunchtime.

The Reds have seen their near-faultless campaign threaten to be derailed in recent weeks as they’ve tasted defeat in three of their last four games in all competitions having been dumped out of the FA Cup thanks to a 2-0 defeat at Chelsea on Tuesday night.

That loss followed a 3-0 thrashing at Watford that ended Liverpool’s unbeaten run in the Premier League while Jurgen Klopp’s men will have to turn things around against Atletico Madrid after losing the first leg of their Champions League tie 1-0 in Spain.

However, we shouldn’t forget how formidable Liverpool have been for the vast majority of the season and they still hold an unassailable lead over Manchester City at the top of the table so they can go one step closer to clinching the title with a win tomorrow.

Bournemouth on the other hand head to Merseyside sitting in the bottom three so Eddie Howe will be desperate to cause an upset at Anfield and he’ll be buoyed by their impressive display last weekend after Chelsea needed a late equaliser to salvage a 2-2 draw.

Liverpool have been handed a huge blow after Alisson Becker was ruled out of the game tomorrow and next week’s crucial Champions League second leg with Atletico Madrid after suffering a hip injury in training this week.

Adrian is set to deputise between the sticks but Jordan Henderson remains on the sidelines with a thigh injury while Xherdan Shaqiri is still recovering from a niggling calf problem.

Naby Keita has returned to full training after recovering from a groin issue but it remains to be seen whether he’ll be in the right frame of mind to start after his cousin was involved in a serious crash in Guinea last night.

As for Bournemouth, they’ll be without Harry Wilson as he’s unable to play against his parent club while Chris Mepham, David Brooks, Charlie Daniels and Arnaut Danjuma Groeneveld are all still on the sidelines through injury. 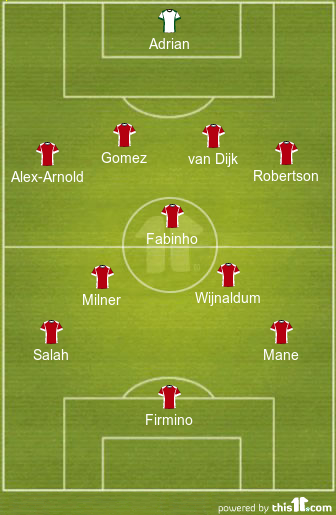 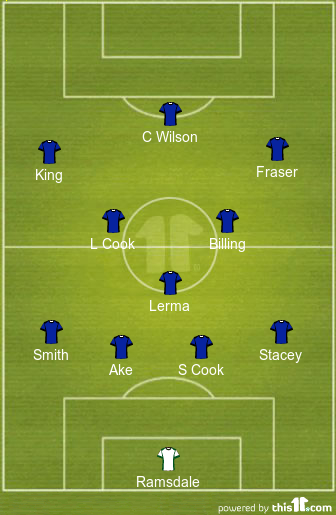 Liverpool 3-0 Bournemouth: Obviously the recent run of defeats will be a concern to Klopp as he doesn’t want complacency to set in and he’ll be desperate to send his troops into the Atletico Madrid game off the back of a comfortable win. Bournemouth are fighting for their lives at the wrong end of the table but we saw against Chelsea last weekend that they can mix it with the big boys on their day.

However, Liverpool are formidable at Anfield and I really don’t think Bournemouth have a chance of getting a result tomorrow. I fully expect a response from the Reds following their poor recent run and I’m backing Liverpool to run out 3-0 victors on home soil this weekend.