Report: Arsenal to table bid for 23-year-old star after Arteta makes him No.1 target

Arsenal will submit an improved offer worth £30m for Aaron Ramsdale after Mikel Arteta made the Sheffield United keeper his No.1 target 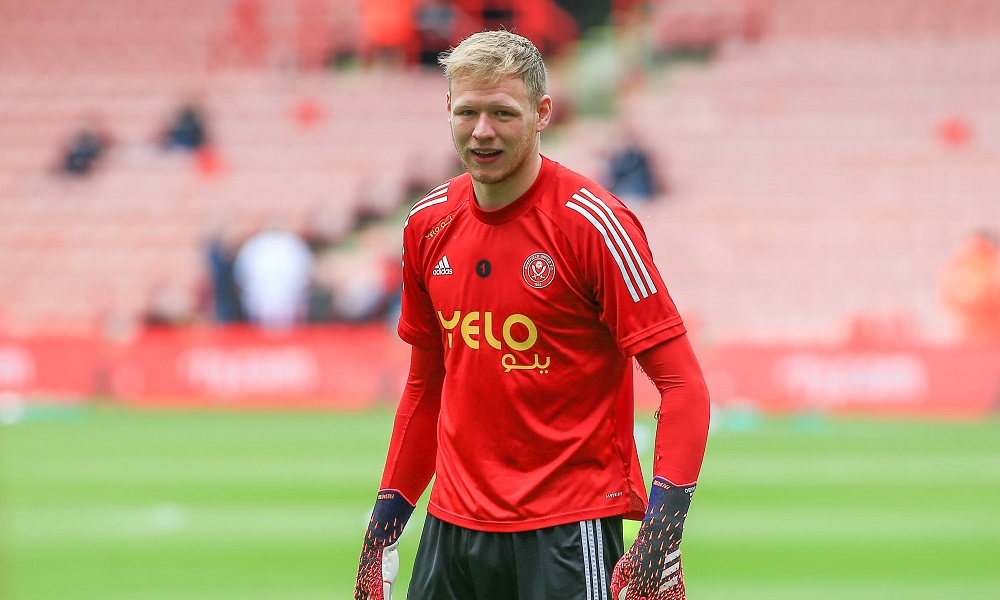 Arsenal are set to table a fresh bid for Aaron Ramsdale worth up to £30m after Mikel Arteta made the Sheffield United stopper his No.1 target, according to talkSPORT.

Arteta is busy overhauling his squad after finishing eighth in the Premier League last season and the Gunners have already snapped-up left-back Nuno Tavares from Benfica while midfielder Albert Lokonga has arrived from Anderlecht.

Arsenal are also closing-in on the signing of centre-back Ben White from Brighton and have been linked with the likes of Tammy Abraham and James Maddison in recent days as Arteta looks to strengthen his attack.

However, the Spanish coach is also in the market for a new goalkeeper this summer as Mat Ryan has left the club following a short loan spell so Arsenal need support for Bernd Leno this coming campaign.

Ramsdale has been linked with a move to the Emirates Stadium in recent weeks and talkSPORT says Arsenal are set to table a fresh offer after Arteta made the Sheffield United keeper his No.1 target.

According to talkSPORT reporter Alex Crook, the Gunners will test Sheffield United’s resolve with an improved offer worth around £30m after two previous bids were rejected by the Blades.

“Aaron Ramsdale, of course a late call-up to England’s European Championship squad, he had a great time being the backup goalkeeper in that competition.

“It is my understanding that Arsenal have made the Sheffield United ‘keeper their no.1 target. They’ve been linked with Sam Johnstone as well, but it’s all in now for Aaron Ramsdale.

“I’m told they’ve already had two bids rejected for the former Bournemouth goalkeeper and they are lining up a third.

“The fee could be as much as £30million. That would be music to the ears of Bournemouth as they have a sell-on clause.”

Ramsdale only joined Sheffield United from AFC Bournemouth last summer and impressed during his first season at Bramall Lane but was unable to prevent them from being relegated to the Championship.

The 23-year-old is highly-rated on these shores and was named in Gareth Southgate’s England squad for Euro 2020 so he could prove to be an excellent long-term addition to Arteta’s squad if Arsenal could get a deal agreed.

Ramsdale would probably come in as second choice and act as cover for Leno next season. However, he may not have to wait long before getting the first team jersey as Leno has two years left on his contract and is reportedly reluctant to sign an extension.

If he doesn’t commit himself to the club soon, Arsenal may be forced to cash-in on Leno next summer – paving the way for Ramsdale to take over as first choice goalkeeper.

As much as Ramsdale has plenty of potential, many Arsenal fans may be questioning the wisdom in selling Emi Martinez for less than £20m last summer only to spend around £30m on a lesser keeper like Ramsdale 12 months later.