Chelsea get to know asking price for Marc Cucurella 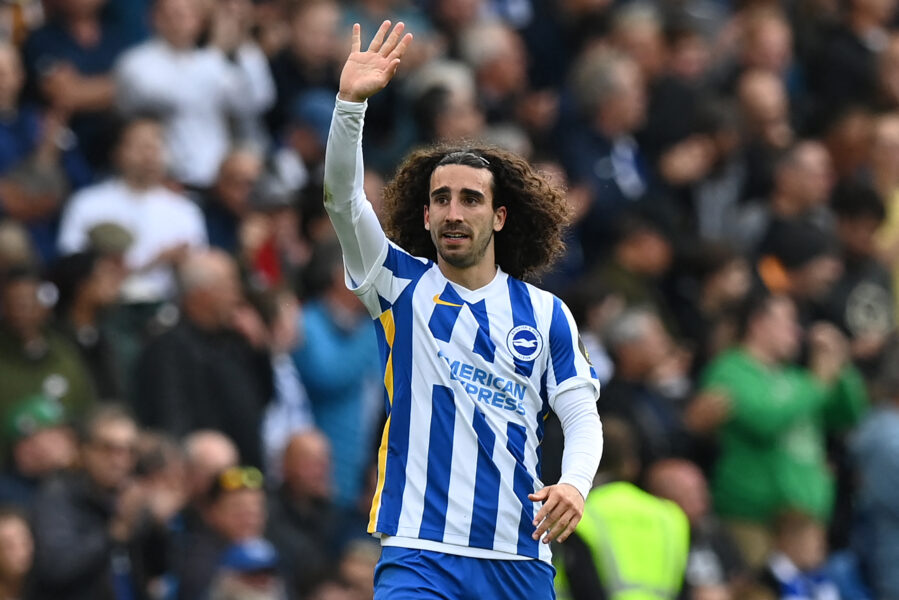 The Blues are expected to invest heavily in the defensive department this summer. Their plans have been boosted by the recent takeover from the Todd Boehly consortium.

The club were previously banned from negotiating contract or transfer deals due to the sanctions on former owner Roman Abramovich. The restrictions have now been lifted.

The main focus for Chelsea will be the heart of the defence with Antonio Rudiger and Andreas Christensen leaving, but they are also likely to make a new signing for the left wing-back role.

Marcos Alonso is pushing for a return to LaLiga, and The Sun report that the Blues could replace him with his compatriot Cucurella, who was voted Brighton’s Player of the Year.

It won’t be an easy task, however, with Brighton eyeing at least £45 million to sanction his sale. Manchester City and Tottenham Hotspur are also interested in his services.

Cucurella operated in multiple roles for Brighton in his debut season. He started the campaign as a left wing-back before playing at left-back. In the final weeks, he was a regular on the left side of the back three.

His versatility should be a big boost for Chelsea as manager Thomas Tuchel will have the option of playing him in central defence, suppose Ben Chilwell is picked for the left wing-back position next term.

On first sight, the Spaniard is not physically imposing with his stature (172cm), but has been hugely impressive defensively with an average of 2.7 tackles and 0.9 interceptions per game alongside 1.9 clearances.

The 23-year-old is also decent in the air with more than one aerial duel won per appearance. There is room for improvement with his goal contributions, but he was playing for a Brighton side that mostly struggled in the final third.

Cucurella could be the perfect replacement for Alonso with his better defensive awareness. He managed a progressive distance of 5158 yards with the ball last term, which ranks him 11th among Premier League players.

In the Chelsea ranks, only Rudiger fared better. The German has been hailed by some fans for his forward runs, and should be excited by the prospect of Cucurella running down the left wing next season.